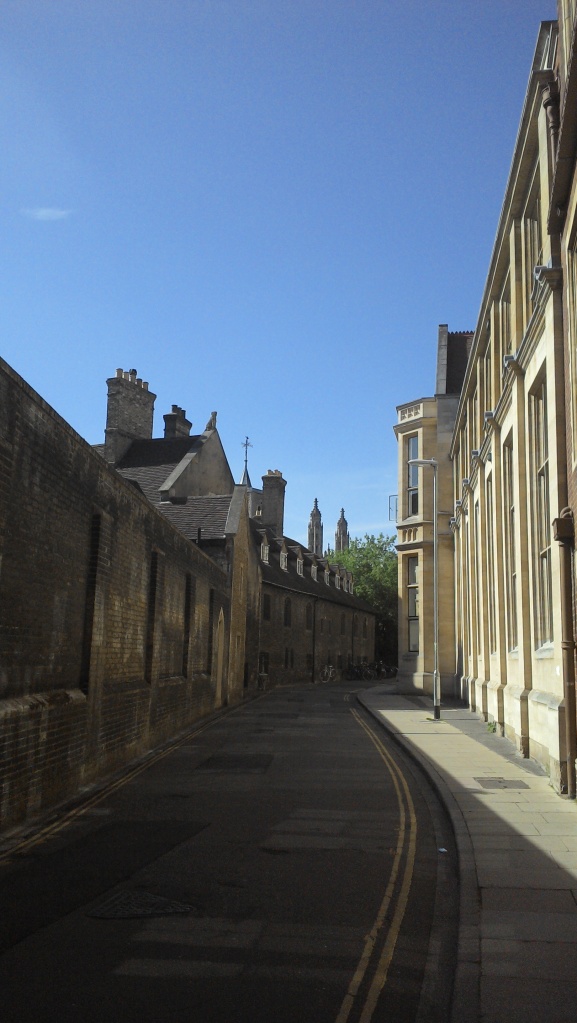 Application season for the Oxbridge JRFs has just rolled around (in fact, the first deadline, Trinity, seems to be on Friday, so this post is a little late). A common complaint about these jobs is that their application procedure is difficult to access and poorly explained – and this complaint is often pretty fair. In the spirit of de-mystification, I’d like to share some of the basics of JRF applications. This post is, of course, based on my own experiences and knowledge of the process, and shouldn’t be taken as official guidance. I’m currently a JRF at Gonville and Caius, Cambridge, and applied for about 17 of these jobs in 2012 before getting my current job.

Who are JRFs for?

JRFs are early-career research positions, usually at Oxford and Cambridge (other universities run similar schemes, but I cannot speak from experience about applying to them). They usually last between two and five years, though the majority are three-year positions. Most are research-only posts, though a few include some compulsory teaching or pastoral work in the college.

There are two main kinds of JRF: stipendiary (i.e. paid) and non-stipendiary (unpaid). For stipendiary JRFs, the pay ranges from about £18,000 to £27,000, with many also offering free meals and free (or cheap) accommodation. Non-stipendiary JRFs are usually intended to give a college affiliation, including free meals and other benefits, to people with another paid post in the university (e.g. people who work in a lab, on a research project or who have a British Academy or Leverhume Fellowship). Non-stipendiary JRFs are not intended to be anyone’s main job – don’t apply for them unless you have another job or source of funding.

JRFs can be subject-specific (e.g. Classics), intended for people in a small group of subjects (Languages and Literature), or open to a very wide range of people (Arts and Humanities, or Arts/Humanities/Sciences). You don’t always know what will come along in any given year, but many each year are open to all subjects. People generally apply to all the JRFs they are eligible for – as many as 20 of them in a given year.

When should I apply?

All the various colleges have their own deadlines, but in general the deadlines will fall between August 2015 and February 2016 for positions starting in October 2016. Yes – sometimes you can apply over a year in advance for a JRF. This can be very inconvenient – those who haven’t finished their PhD yet may feel unprepared, while those who have recently finished could get stuck with an in-between year without employment. Don’t let either of these things worry you too much – some colleges will allow you to start early if you have already finished, or allow you to start late if you haven’t finished your PhD (or will accept that you’ll spend part of your JRF finishing your thesis).

Should I apply with my PhD in hand?

As far as I can tell, there’s no particular advantage either way. Some colleges like to feel that they’re snatching up future research stars before they finish their PhD, others prefer to hire mostly those who have finished and have more of a track record. Since people are hired both pre- and post-PhD, it’s possible to apply to JRFs for several years in a row, and this is pretty common.

If you’ve not already finished your PhD when you apply, though, I’d strongly recommend including a timetable for completion somewhere on your application – a list of what you still need to complete, with achievable dates for completing each chapter and a final hand-in date. No one will hold you to this, but it will support the idea that you can finish in time to start a new project in a few months time, and that you can manage your own research in future.

If you are thinking of waiting to apply after your PhD, you should also be aware of the eligibility criteria for JRFs. Many specify that applicants must have no more than 4 years of research behind them by a particular date – so it is very easy to time out of eligibility by the time you have your PhD in hand.

How do I find out about vacancies?

It’s hard to stay on top of the vacancies and deadlines. You may want to sign up to the jobs.ac.uk notifications, but not every JRF will show up there in a timely manner (though most will). The most reliable sources of information on the JRF job adverts are the Cambridge Reporter and the Oxford Gazette – you can read these online or get them sent to you by email each week. You can also use (and contribute to) resources like the Humanities and Social Sciences Post-Doc Wiki, though this is often focussed on jobs in the USA.

If you really want to plan ahead, you can also spend some time checking each college’s website (or last year’s job adverts) to get a vague idea of when each college has its deadline.

What will I need to provide?

This could be a post in itself. In general, you will need (a) CV type information, (b) a research statement, (c) two to three supportive referees and (d) some work that you are prepared to submit.

The difficulty is that every JRF application will require slightly different things. Research statements will be of different lengths, from one page to several thousand words; some colleges will ask only about your past research, or only about your future research, while others will want to know about both. Some will ask for a sample of work (anything from 10,000 to 80,000 words) with the initial application, others will only ask for work at a later short-listing stage.

There are many sites out there on writing research proposals, though make sure to consult your colleagues too. Your proposal needs to be seen by plenty of pairs eyes before you press “send” – so where you can, get your colleagues and friends to read your stuff and give you advice and edits.

In general: check very carefully what each college wants before you press “submit”. The endless variety is incredibly tedious at first, but eventually you’ll have your research statement prepared in every possible length, and things will start to get easier. The most common length for the initial submitted work is around 10,000 words – so it’s a good idea to have a PhD chapter or a published article article around this length ready to go.

Is it true that only Oxbridge people get JRFs?

This is a tough question, and probably not one I’m qualified to answer. In my experience, somewhere around 75% of JRFs have some Oxbridge connection themselves, either at undergrad or grad level. The other 25% or so do not. But (again, in my own personal anecdotal experience) those 25% very often have a supervisor, advisor or mentor who has an Oxbridge connection, though I also know a few without any connection at all.

The JRF process is a long and tough one, and it seems to be a real advantage to have someone familiar with the process to guide you and spend time with you on your application. People who have been at Oxbridge are clearly over-represented in these jobs – but it definitely is possible to get one from elsewhere with the right preparation, and being at Oxbridge is no guarantee of success.

Most colleges have a short-listing stage, and then an interview stage. Though some have only one, or neither. If you have applied to jobs which will be asking for work at a later date, make sure you’ll have it ready in time for their short-listing date, as they probably won’t give you much time to give it in. Laura Tisdall has recently written more about the interview stage, with some advice for interviews for other kinds of jobs too.

The process of applying for academic jobs takes a huge amount of self-belief. This isn’t always easy to summon up – but I’m here to tell you that if you are getting towards the end of your PhD and already have some ideas for your next project, then you definitely SHOULD believe in yourself and your potential. Writing a research proposal using words like “cutting-edge” and “ground-breaking” can feel ridiculously over-confident – but use those words. Because no one will know how great your research is unless you tell them (keep in mind that there will be people from all disciplines, not just your own, assessing your application).

In general, the rejections will begin to trickle in before the short-listings and interview offers, which is very discouraging – but it’s important to keep applying, and to understand that this is partly just a timing issue. Everyone who eventually gets a JRFs has had lots of rejections too. Stay positive, see friends, keep up your hobbies, and carry on doing your fantastic research too. Remember too that JRFs are far from the only way into an academic career – there are many kinds of opportunites out there. But if you are interested in applying, feel free to reach out to me or other JRFs on twitter or by email – I know we’ll all do our best to offer help and advice where we can. Good luck!