I am an Assistant Professor in Classics (Roman History) at the University of Durham. 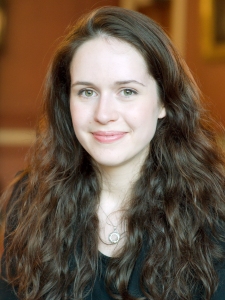 My research interests include the languages of ancient Italy, linguistic and cultural contact in the ancient world, personal names, Greek and Roman comedy, and epigraphy. I work mostly on historical sociolinguistics, especially multilingualism, language contact and gender linguistics.

My current research project, ‘Connectivity and competition: multilingualism in ancient Italy‘, is funded by an AHRC Early Career Leadership Fellowship. My first book, Oscan in Southern Italy and Sicily, was published by Cambridge University Press in October 2015, and my second book Italy Before Rome was published by Routledge in 2021. You can find out more about my other publications on my publications page.

I have taught courses in Greek, Latin and Indo-European linguistics, Latin language and Latin literature, Roman and ancient Italian history from c. 500 BCE to 150 CE.

I grew up in Chelmsford, Essex, and studied at Pembroke College, Cambridge. During my PhD, I was lucky enough to be an Erasmus student at Ca’ Foscari, Venezia and to get involved in three productions of the Cambridge Greek Play.

After my PhD, I was a Research Fellow in Classics at Gonville and Caius College (2013-2016) and an Affiliated Lecturer at the Faculty of Classics, Cambridge. I was also an Affiliated Researcher on the AHRC-funded Greek in Italy project (2014-2018) and a Rome Awardee at the British School at Rome (2014-2015). In 2016, I moved to the University of Exeter as a Lecturer in Classics and Ancient History, before coming to Durham as an Assistant Professor in 2021.

I have previously been the ECR liaison of the Women’s Classical Committee, and I am still involved in their events. I’m also the treasurer of the Reid Trust, a charity which promotes women’s education. I am a Fellow of the Higher Education Academy.