In this lesson, we’ll look at the alphabets used to write Oscan. There are three main ones you need to know about.

Here’s a basic drawing of the alphabet. In this diagram, the letters in brackets underneath show one set of possibilities for the sound values of the letters (using the IPA – n.b. [x] refers to a strong h sound, as in the ch Scottish loch or German Bach). The capital letter shows how we normally transcribe the letter.

Things to watch out for:

If you don’t already know the Greek alphabet, you might like to learn this now too – but we’ll start out by using mainly Oscan alphabet inscriptions, so you can come back to this later if you want. Again, here are the characters, the approximate pronunciation and the usual transcription.

In some areas, and increasingly from the second century BCE onwards, Oscan was written using the Roman alphabet. This is probably self-explanatory.

We transcribe Oscan inscriptions written in the Roman alphabet in italics.

Can you write these Oscan words in the Oscan alphabet? (Remember to write right-to-left!)

Can you transcribe the texts from these images? (Don’t worry about the vocab yet – just practice the letter shapes.) 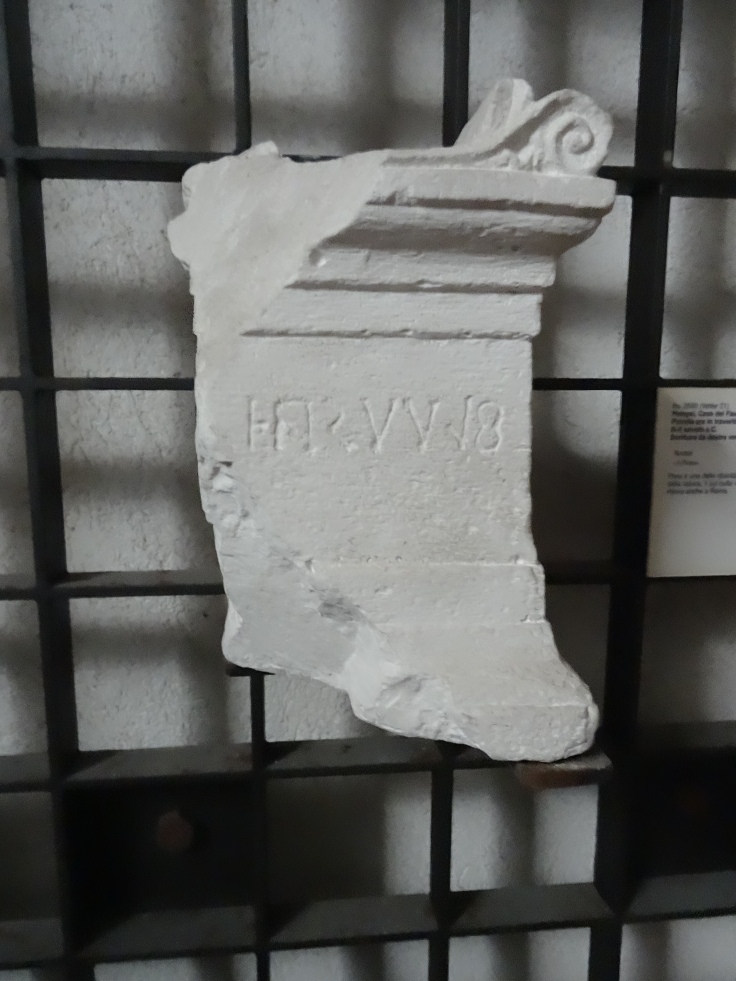 Highlight below for the answer: 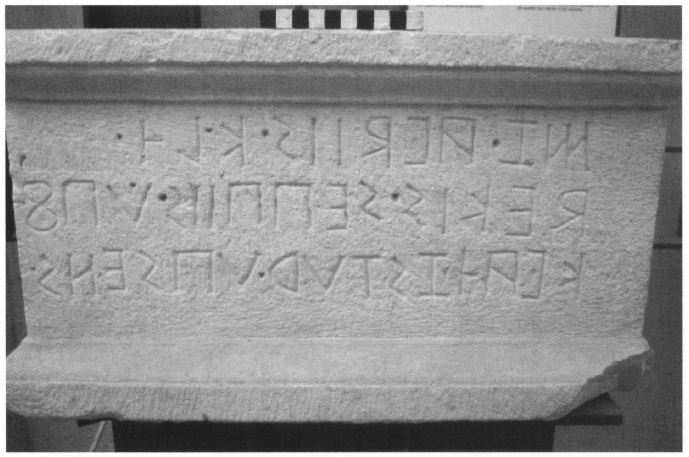 Highlight below for the answer:

(3) This one is a bit harder, because it is broken on one side. Watch out for the ligatured letters in the last line too – these are letters that are squished together so that they share some of their lines. 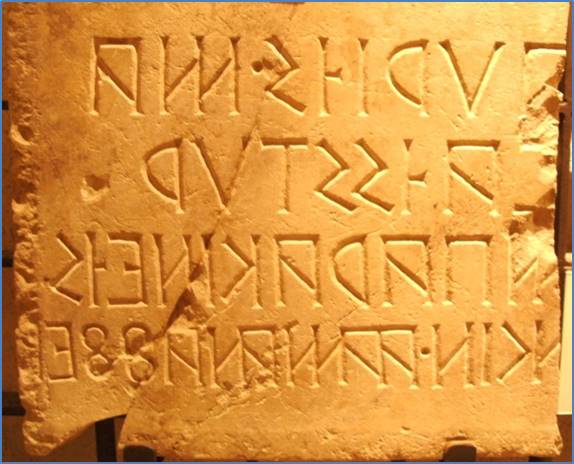 Highlight below for answer:

(4) And here’s a Greek one: can you transcribe this Oscan inscription in the Greek alphabet? 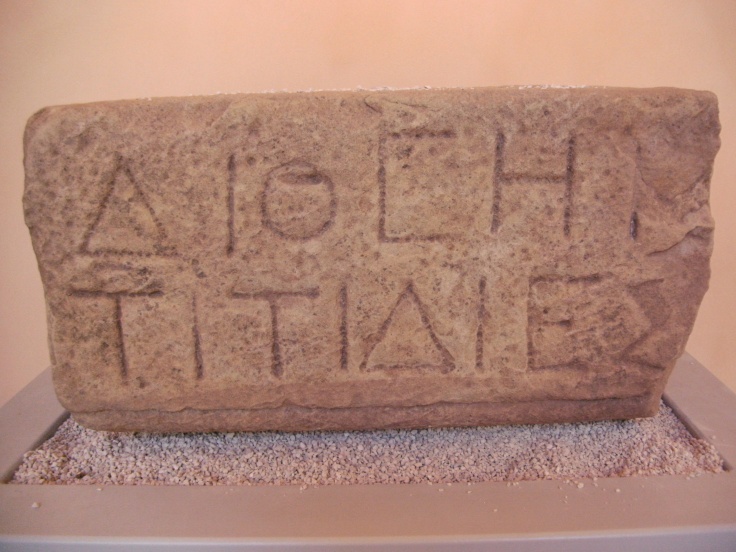 Highlight below for answer: