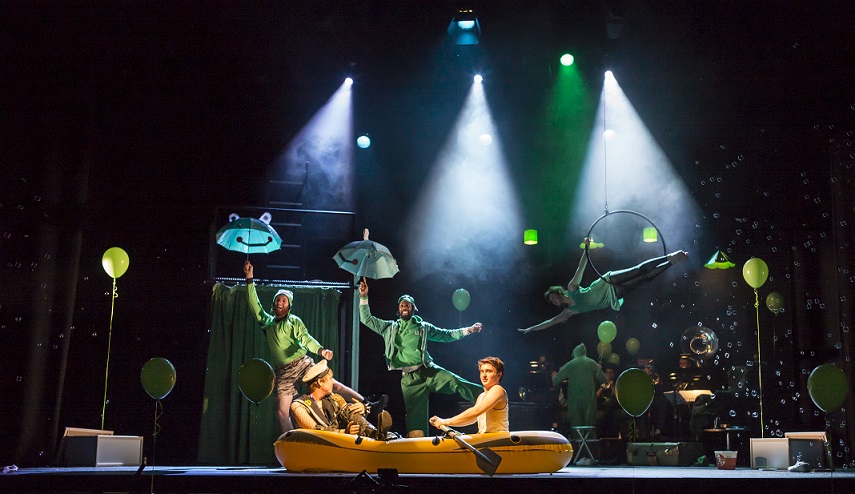 One of the most famous Greek tragedies is called Oedipus Rex. Well, sort of. Its original Greek title is Oidípous Týrannos, but usually everyone calls it by its Latin name. Even the English title Oedipus the King is heard much more rarely. And it’s not just this play that’s the problem. Ancient Greek plays are called by all sorts of names – the system is a hotch-potch of naming conventions, and it can be off-puttingly complicated to understand when you first start studying.

In some cases, the various possible names are so similar that there’s no issue. Lysistrata by Aristophanes is just the name of the play’s leading character, and would be the same in any language. Similarly, Aeschylus wrote a play called Pérsai (in Greek), Persae (in Latin) or Persians in English – those names are not going to confuse anyone too much.

The problems really start when we have plays whose titles are not names. For example, Aristophanes wrote a comedy which is normally called Frogs or The Frogs in English. Its Greek title is Bátrachoi (Frogs), but you don’t hear that name very often. However, the Oxford Classical Dictionary, whose abbreviations most scholars follow, demands that this play be abbreviated as Aristoph. Ran. Why? Because the Latin name of the play would be Ranae.

So, if I am an undergraduate reading about Aristophanes for the first time, not only do I need to know the usual English names of all his plays, but the Greek and Latin titles too. At first, it’s hard to know what information you even need, since the abbreviation Ran. gives little clue as to what language the abbreviated word is in. (And if you’re like me as an undergraduate, you don’t happen to know the Latin for all the various animals off the top of your head.)

In a sense, the practice of using Latin titles makes sense – it unifies everyone’s abbreviations, so that you don’t have Frogs, Frösche, Grenouilles and so on being used interchangeably. Except that (a) we have all these titles being used anyway and (b) why not use the Greek titles if you want to keep the titles the same for everyone? But the expectation that everyone knows both Latin and Greek runs deep in Classics. In practice, this means having to look up an abbreviation in the OCD whenever you come across one you don’t know, which (at first) is all the time.

The way we give titles and abbreviations to Greek drama is unnecessarily arcane and difficult, and at times seems deliberately designed to keep these things to those “in the know”. Of course, once you are in the know, you forget that it ever caused you trouble and continue perpetuating the weird system you inherited – but perhaps we should make some changes. The use of Latin is based (I suppose) on traditions of Mediaeval and Early Modern scholarship, and the use of abbreviations dates from a time when paper (and therefore space) in academic books was at much more of a premium than now. The Latin names are probably with us forever, but I hope that we can get rid of the abbreviations at least. Ranae is much more transparent than Ran. because it at least gives you a whole word to look up. And if you’re going to write Ranae, you might as well just write Frogs. I see the use of English titles more and more in modern scholarship, and I think it’s generally a positive thing.

I started thinking about the confusion I experienced with ancient and modern titles as an undergraduate not because of Greek drama at all, but because of Roman drama. Recently I started reading some plays of Terence, hoping to do some linguistic work on them. Terence was a Roman dramatist of the second century BC, whose plays were loosely based on Greek originals. Though the language of the plays is always Latin, the character names and the titles of the plays, plus a few other details, stay Greek. Even in older scholarship, the titles have not generally been translated into Latin. As with the Greek dramas, some are titled with character names, so that’s no problem – but plenty aren’t. So, somehow the corpus of Classical literature has ended up with a play in Latin called Heauton Timoroumenos (Greek for The Self-Tormentor) and Greek plays called Oedipus Rex and Ranae. Classics is sometimes baffling.

2 thoughts on “Why Do Greek Plays have Latin Titles?”