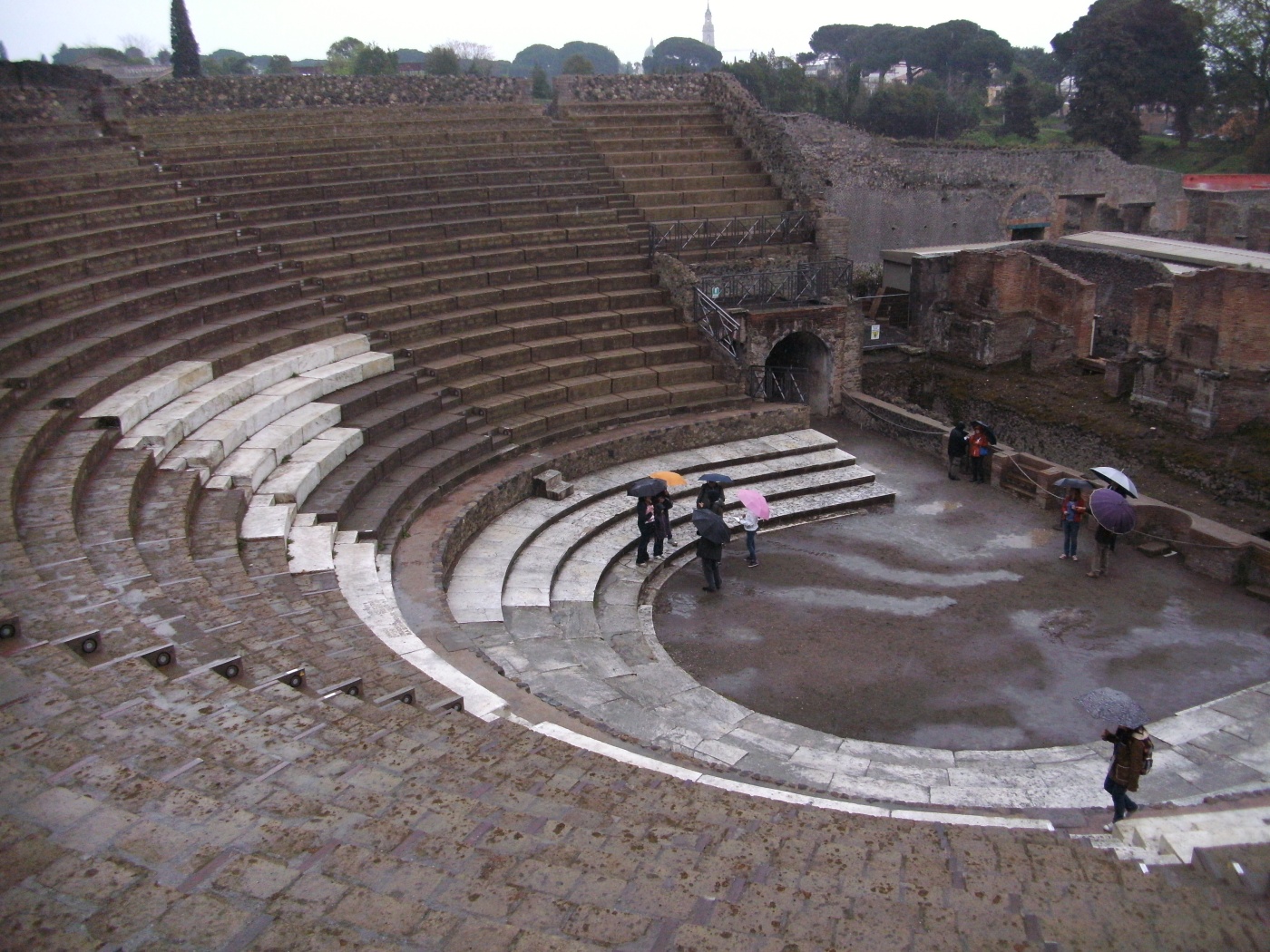 Fairly regularly, someone will ask me: was there Oscan (or Venetic or Etruscan or South Picene) literature? Or, sometimes a bit more aggressively, someone asserts that there definitely wasn’t an Oscan literary culture and therefore that Oscan-speakers and their societies were just less advanced than the Greeks and/or Romans. It’s not that I think this a stupid question – particularly when phrased in the spirit of honest inquiry! – because it’s completely understandable that as Classicists and Ancient Historians we end up absorbing the Greco-Roman view of the other communities of the Mediterranean. But people should be aware that that’s what they’re doing: coming at history from a very particular viewpoint, written by people with a particular Greco-Roman axe to grind.

So my answer when people ask me about non-Greco-Roman literature is normally tripartite: (1) absence of evidence is not evidence of absence; (2) if we applied the same evidence restrictions to Latin, we’d have no Latin literature either; (3) we have plenty of indirect evidence for Oscan, Etruscan and other Italian literary cultures, which is pretty good in the circumstances.

(1) Absence of evidence is not evidence of absence.

A common phrase, but an important one. And, I’d add, absence of certain kinds of evidence is not evidence of a lower, less advanced or less complex society. It is just absence of evidence.

At most, an absence of evidence means that some people later on might have thought that some evidence was worth saving, or was from a superior culture, or whatever, and that other evidence was not worth saving. They kept, or even went to the trouble of recopying, the stuff they liked; the other stuff disappeared.

In other cases, the evidence might be out there somewhere, but we don’t have it. We may never have it. Its absence from our records doesn’t mean it doesn’t exist.

(2) If we applied the same evidence restrictions to Latin, we’d have no Latin literature either.

Other than Latin and a limited amount of Greek, the languages of Italy are known almost entirely through epigraphic sources – that is, words written on solid objects like stone, metal and ceramic. There are a few “glosses” (words given with a definition or explanation) in Latin sources, but that is minimal. The languages of Italy all ceased to be written around 80 BC in the wake of the Social War, and stopped being spoken at some time in the following century. Etruscan may have carried on being written and spoken for a while longer, but not much past the first century AD.

If I put the same restrictions on Latin – only epigraphic sources, only sources dating to 80 BC or earlier – then there would be no evidence of Latin literature. If I knew nothing else about Rome, I might therefore feel justified in saying that the Romans had no literary culture – but I would be completely wrong. Roman literary culture was flourishing in the third and second centuries BC, particularly in drama and epic. We have ample evidence of amazing authors like Plautus, Terence, Lucretius and fragments of many more.

But those sources survive because they were copied and recopied and recopied over many centuries – without that ancient, late antique and mediaeval copying, we would be lost. There is little to no evidence of any Roman literary culture in the epigraphic evidence from ancient Italy. There are a few gravestones that may show an early poetic meter called the “Saturnian metre” – but our understanding of this metre is limited (a review of a recent book by Angelo Mercado is now on BMCR). Though it attests to a kind of literary culture, it’s hardly the same as the great works of literature that survive only in manuscript form, and gives us only brief hints at the kinds of poetry people were composing at the time.

Greek is a bit different, because from almost the very beginning of Greek alphabetic writing, we have evidence of poetry being written on solid objects (see Nestor’s cup for an early example from Italy). So even if we only had epigraphic evidence, we would have a detailed knowledge of Greek poetry, including some evidence of the Homeric poems. But we would lack many other things – particularly the great drama, historiography and philosophy that Greece is so famous for, and these texts were certainly being read and performed in Italy as well as in Greece.

So, the lack of literary texts in Oscan (or Etruscan, or whatever language) can be put down to the lack of a later manuscript tradition – not necessarily the lack of a literature to begin with.

(3) We have plenty of indirect evidence for Oscan literary culture, which is actually pretty good in the circumstances.

There’s all kinds of evidence I could cite here. None of it directly gives us the texts of great works of literature, but they all point towards or directly reference active literary cultures.

So it turns out we have indirect evidence of poetry, drama, philosophy and historiography in the non-Greco-Roman languages of Italy. Not bad for languages that went extinct in the first century BC – and probably more than we would expect if they really had had no literary culture at all.

There are plenty of interesting discussions to be had about the ways in which the cultures and communities of Italy differed from each other, and the kinds of literature they might or might not have produced. And none of the evidence above proves anything for certain – and it’s perfectly possible that Oscan, Etrusan, Venetic, South Picene and all the rest of the languages of Italy had no literature, or at least nothing comparable to the literature of Latin and Greek.

All I ask is that we stop taking the cultural supremacy of Greece and Roman as a given. Rome, in particular, was just one of many small Italian communities during the centuries when its first great pieces of literature were produced. When Roman historiography tell us of how the rest of Italy was organised into tribes, with little in the way of organisation or cultural creativity, we should take a big step back and think about how likely that is. Firstly, these sources are normally writing about the fifth-second centuries BC from a distance of multiple centuries. Secondly, they have a pretty clear agenda to push. I’m not suggesting they are being deliberately deceptive, but many of them genuinely did believe that Rome was culturally and morally superior to its neighbours. Thirdly, as far as the material culture is concerned, Rome was no more “culturally advanced” than its neighbours until at least the second or first century BC, and everyone else was probably organised in self-governing city states just like Rome. The tribal organisation that Romans talk about is not very plausible – so what else were they ill-informed about?

So, I definitely don’t mind if you still think Greek and Roman literature is clearly the best. It’s great, I agree. I’m also happy if you think that, on balance, there probably wasn’t literature in any of these other languages – I’d tend to disagree, but it’s not a clear cut issue. But I won’t agree if you suggest that there is no evidence for any literary culture anywhere else in Italy. Or, even worse, that no one else in Italy could have had any literature at all.