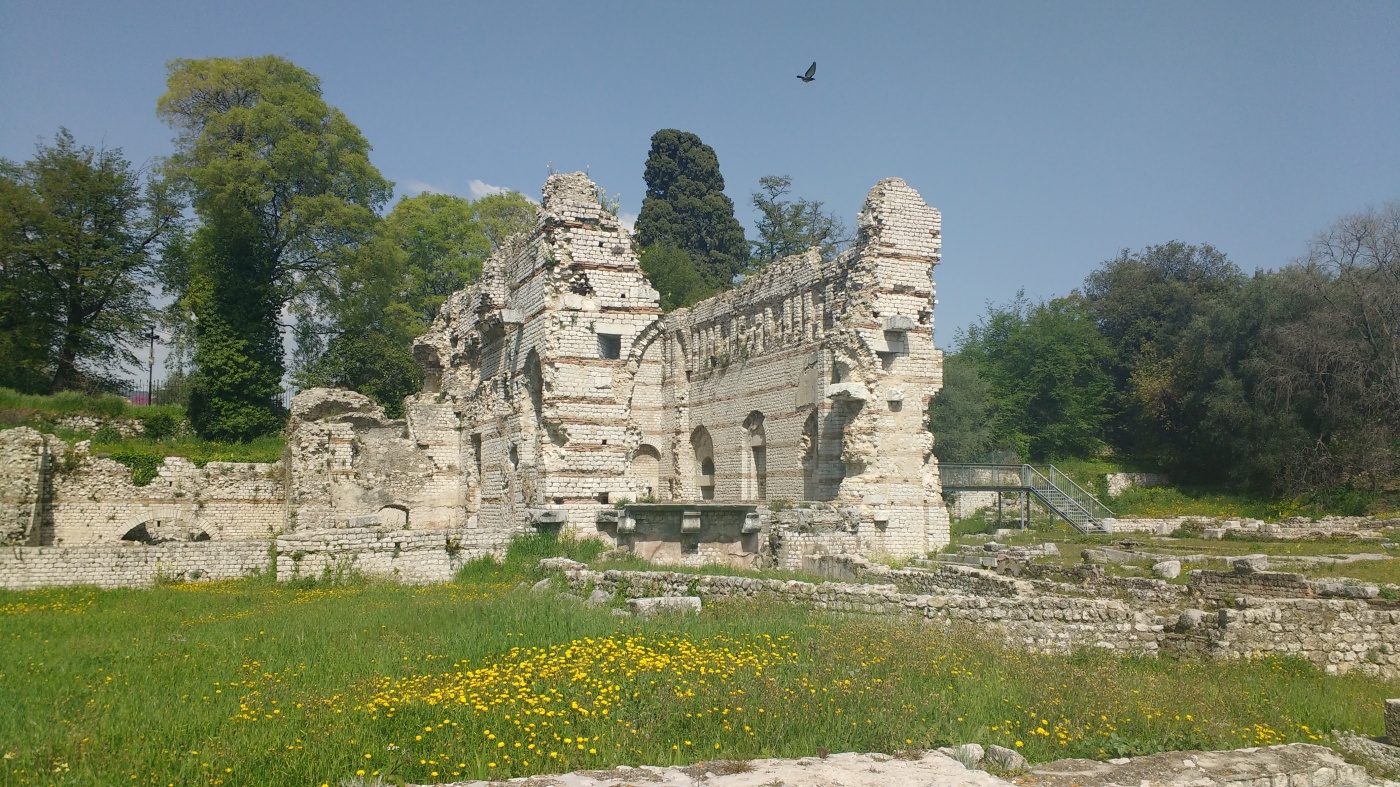 There’s been a lot of interesting discussion recently in the Classics Twitter-sphere about translation – and specifically about sexism in translation. Emily Wilson’s translation of the Odyssey has been the catalyst for a lot of this discussion, and she has been outspoken about the deficiencies that she sees in previous translations, including sexism and the erasure of slavery.

This has all been very timely for me, because for the first time I’m creating my own translations of literary and historical texts. As part of my Connectivity and Competition project, I’m writing a source book based on the Italy Before Rome module I taught this year. This means selecting and translating excerpts from lots of historians, geographers and other writers of (long!) literary texts: lots of Strabo, Dionysius of Halicarnassus and Livy, for example.

I’ve been translating epigraphic texts for a long time, but those translations feel quite different. The emphasis with epigraphic texts is usually on figuring out plausible reconstructions or translations of sections which might be missing, damaged or otherwise difficult to read. Many of the texts are highly formulaic or steeped in the language of officialdom: a short inscription doesn’t usually present anything like the same level of nuance as a literary text.

During the Italy Before Rome module, we talked a lot about language, and how the somewhat old-fashioned translations we were using might present things in a particular light. Now that I’m presented with the challenge of making these translation decisions myself, I can see how difficult it is to accurately reflect the attitudes and viewpoints of the texts without adding in confusing connotations. It’s also important to me to use relatively straightforward language, while allowing readers to make comparisons between the approaches of different authors.

A few examples that I’m mulling over at the moment:

anthropos – This word means something like ‘human being, person’, but a dictionary will very often give you ‘man’ among the first definitions (LSJ: ‘man, both as a generic term and of individuals’). When I’m translating I have to ask myself, in the context I’m looking at, does anthropoi really mean ‘men’ as in ‘male humans’? Or ‘men’ as in ‘people’? Many translations into English will use ‘men’ in either sense, but saying that (e.g.) ‘the men founded a settlement’ gives a very different impression to a modern reader than ‘the people founded a settlement’. Can ‘people’ work just as well?

apoikia/emporion – These two terms are very often translated as ‘colony’ – but should they be?  For a start, they are two slightly different things, and ideally a translation should reflect that difference: a ‘home-away-from-home’ and a trading post. It’s good to get the nuance by having two different translations. In addition, colonia is a Roman word rather than a Greek one, and colony comes with a whole load of later associations as well (some of which are likely applicable to an ancient Greek context, some less so). In the module, I leaned towards using apoikia and emporion as technical terms, in the same way that we use polis. Does this work in a translation context?

ethnos/phylon – Dictionaries will point you towards translations such as ‘race’, ‘tribe’, ‘nation’ and ‘clan’. Genos is another word that is often translated as ‘race’ alongside ‘kin’ or ‘family’, usually with a connotation of shared descent. Like colony, these come with all sort of associations in English that might not actually be applicable to the text. The basic definition given for ethnos in LSJ is just ‘a number of people living together’. Can words like ‘people’ and ‘community’ work just as well? If you translate anthropoi as ‘people’ too, you end up with ‘people’ quite frequently, in two distinct senses – does that make the text unclear?

As I work, I tend to translate the sentence as I think best at the time, but I’m marking tricky words like this to come back to later. I’m doing this not just because I want to produce fair translations, but because I’m interested in whether Greek and Roman authors use these words different when they talk about about (for example) the Samnites or the semi-mythical Pelasgians, as opposed to when they talk about different Greek communities. Can a non-Greek group create an apoikia, for example? Or is that an exclusively Greek activity? Does it make a difference to the translation if a city is described in Greek as a Roman apoikia? Keeping an eye on how these words are used in context is another strand of how I need to work with these texts.

Photo is of Cemenelum, a Roman settlement now in the outskirts of Nice. Nice itself was a Greek city, Nikaia.

One thought on “Translating communities”