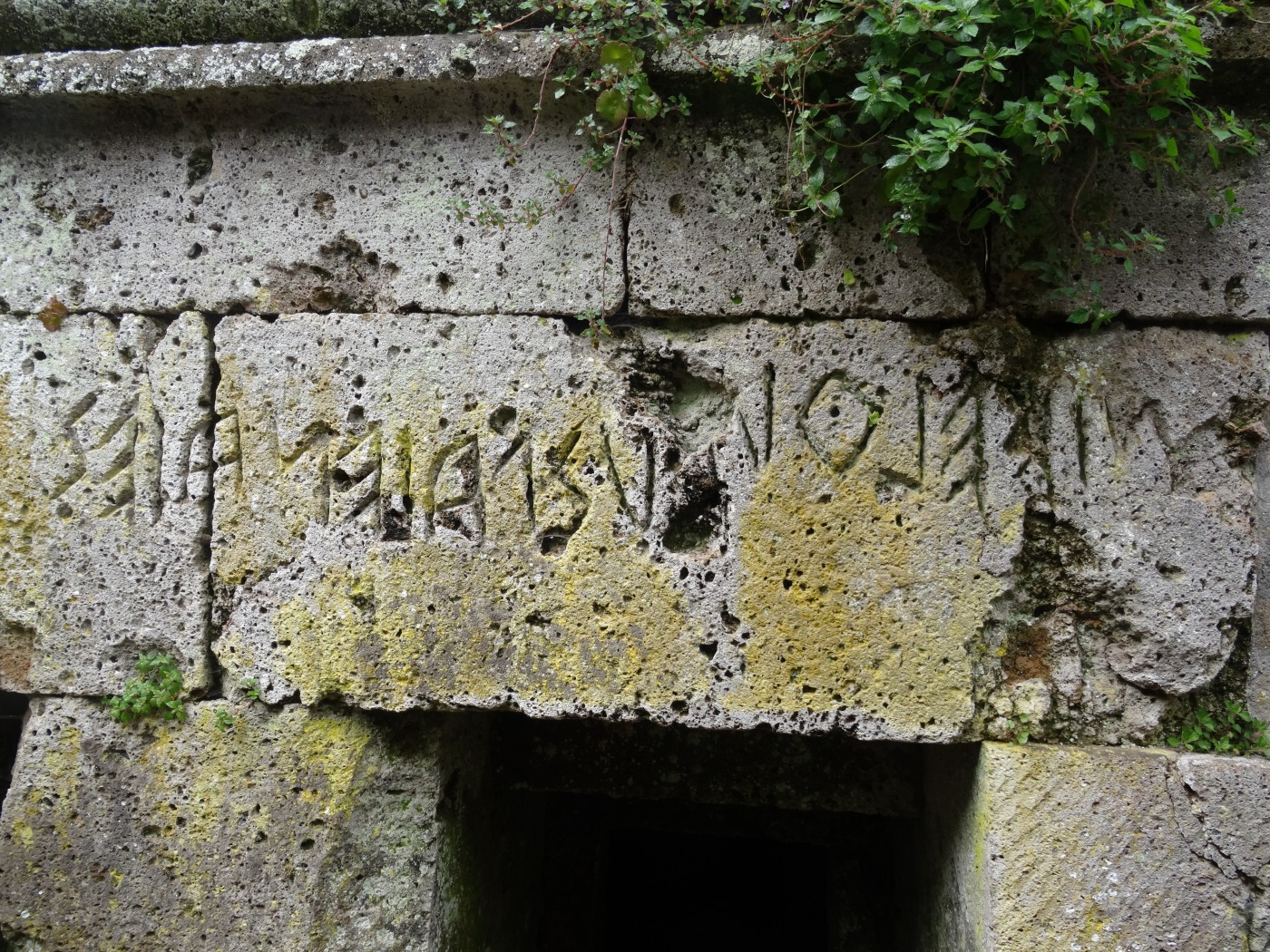 As part of my AHRC Early Career Leadership Fellowship, I am lucky enough to have funding for several research trips to Italy. The first major trip, in April this year, took in a huge number of sites and museums – I really wanted to get a feel for parts of Tuscany and Umbria which I’d not had the chance to visit before, and to see and photography some of the most important Etruscan inscriptions. I can’t possibly share absolutely everything I saw in one post (though my photos from this trip will doubtless keep the blog going for quite a long time), but I wanted to share some highlights and initial thoughts from visiting this region for the first time.

Some of the most famous inscriptions I saw were the Cortona tablet – a bronze tablet recording (probably) the sale of lands from one family to another – and the Perugia cippus, which is a lengthy text on a boundary marker. Both, I’m pleased to say, were given rooms of their own and lots of detailed description in their respective museums!

One of my favourite discoveries was the necropolis just outside Orvieto – partly because I’m not sure I’d seen a picture of it before. The necropolis consists of several ‘streets’ of house-like tombs, each of which has a name written on the lintel of the door. As an example of elite display using language, it is absolutely fascinating – I’m sure it will be making it into the final book. 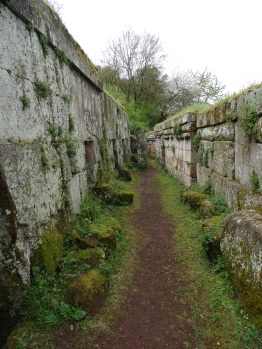 On the very last day, I couldn’t resist making the trip to Pietrabbondante. This site is several hours to the east of Rome, and was not really themed to the rest of my trip – but it’s quite remote, and I was determined to make it there while I had the chance. It’s such an important Samnite site, and it meant a lot to me to have the opportunity to see it. The weather up in the hills was not the best (we were basically inside a cloud) but it was an amazing site. Even in the rain, you can still get an idea of how the mountains were used as an incredible natural backdrop to the theatre and the temple complex.

What did I learn on the trip? As always when visiting ancient Italian sites, my sense of the topography and layout of the region has been completely transformed. It’s one thing reading about the locations of ancient sites, but quite another visiting them. Tuscany and Umbria are dominated by urban sites perched on the top of hills, high above the valley below – and even now that is definitely noticeable!

The second thing that is instantly apparent is the huge number of Etruscan funerary inscriptions. I had been to the archaeological museum in Florence before, and intellectually I knew that there were many thousands of ash chests surviving, but nothing quite brings that home like visiting small museums absolutely packed with chests and sarcophagi. The photos below show how the ash chests are stored in Chiusi (photos 1&2), where an underground store room is packed full of thousands of cinerary urns, and Perugia (photo 3), where they line a lovely airy cloister. I got as many pictures as I could – particularly where there were example with interesting texts, layouts or bilingual features – but it would be the work of many weeks or months to properly record them all. 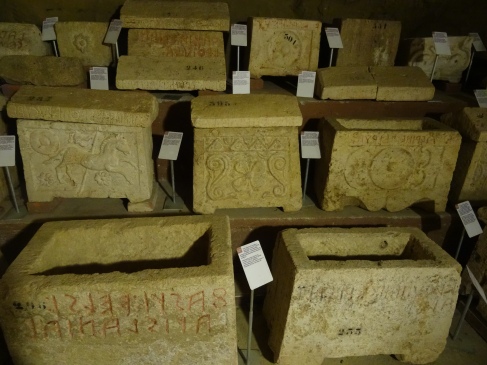 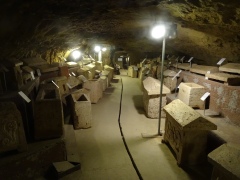 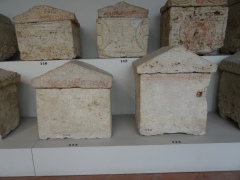 It might be a while before I get back to Italy – but I have so many photos to sort, and so many texts to read, that the material from this trip will keep me busy for many months. I’ll aim to write some posts featuring some of my favourite inscriptions at some point in the future too.

One thought on “A trip to Italy”