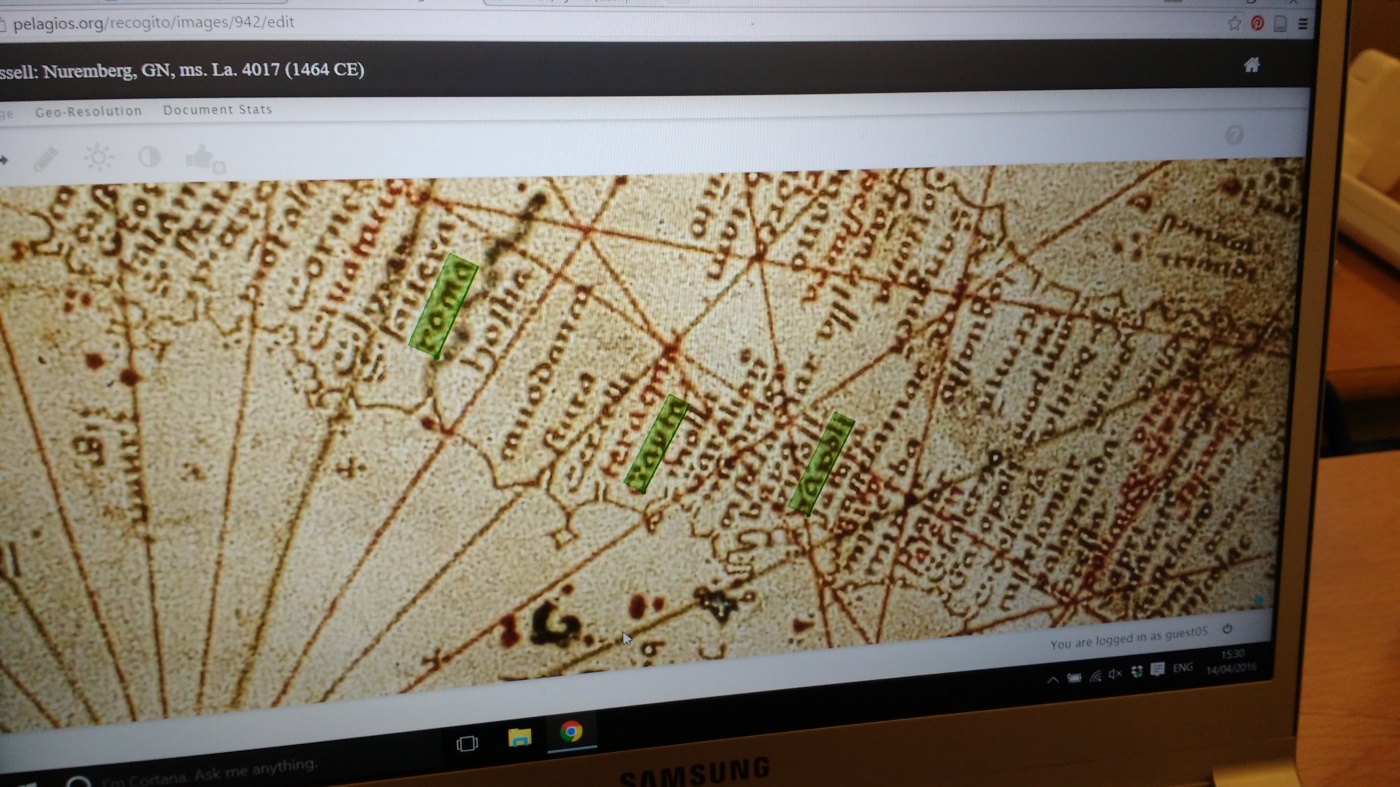 It’s been a busy week for me this week, with two big events taking up all of my time. The first was the launch of the Women’s Classical Committee UK, and the second was a digital humanities workshop for training in EpiDoc XML mark-up and other digital methods. A week of contrasts, and lots of food for thought for me.

The WCC launch was basically everything I hoped it would be. I’ve been involved in the preliminary stages of organisation of the brand-new WCC as one of the Early Career Researcher liaisons, and the launch was partly the meeting where we officially became a really society. But it was a lot more than that. 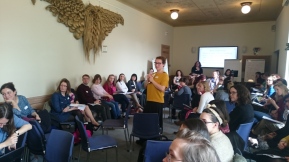 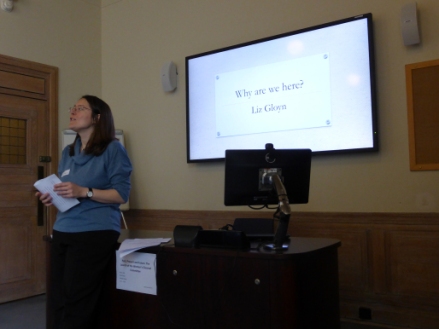 For me, the main excitement of the day was meeting people in person whom I’d only previously met through Twitter or email. (I was also quite embarrassed not to recognise a few people straight away, as I’m used to seeing them as a tiny online profile picture – but it was more than worth any initial awkwardness.) Just the chance to have a meet-up of so many enthusiastic, fascinating women in Classics (plus a few men) was more than worth it.

The day itself was organised around discussions and short “spot-light” talks. I was unsure how our “spot-light” talks would work – people were given just five minutes to discuss their work or research – but I am now completely sold on this format, and would definitely use it again. The discussions were also amazingly productive and respectful. There were a few disagreements about exactly where the WCC’s priorities should lie, but people were always coming from a helpful and supportive starting point. There will be more material from the launch on the WCC’s website, including the results of our big survey. There will be blog posts from other members of the committee there in due course. Ellie Mackin, one of the attendees, has already written about the day on her blog, and our ever-diligent secretary Liz Gloyn has put together a storify of the tweets from the day (which include people who attended in person and people who contributed online).

I’m still digesting my thoughts from the day, and going over the many notes-to-self that I made during the day, but I will probably be involved with launching a mentoring programme (or similar), so any thoughts on that would be very gratefully received. 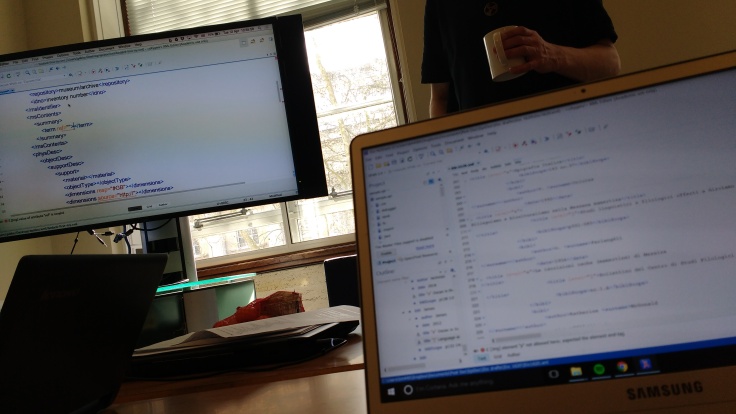 For the rest of the week, I’ve been at the London EpiDoc workshop. EpiDoc is a way of marking up epigraphic and papyrological texts so that they can be made readable by computers and big databases, making it much easier to search for text, names, places, certain inscription types, and more. I’ve already seen how well this can work by contributing to Jonathan Prag’s I.Sicily project, which is going to revolutionise how people use Sicilian inscriptions. I’d taught myself a bit of EpiDoc for that project, thanks to the handy cheat-sheets available online, but I hadn’t really understood all of the underlying principles, and I hadn’t explored all the many things that EpiDoc markup can do. I’ve learned a lot more from Gabriel, Simona and Pietro at the workshop, especially about marking personal names and geographic references.

What’s great about the workshop is that a lot of the “homework” exercises you end up doing become part of online corpora straight away. On Wednesday, I added a small piece of papyrus to the papyri.info corpus for the first time, and on Thursday I tagged locations on a fifteenth-century maritime map in Recogito. Those references are now there forever more, and I could do lots more tagging in my spare time if I felt like it, now that I have those skills. It’s a worthwhile (if very small) contribution to the academic community. 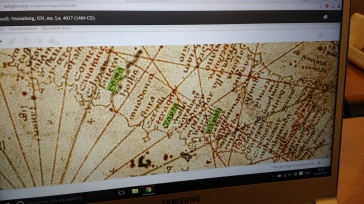 Just like the WCC launch, the EpiDoc workshop has given me tonnes of things to think about, mostly in terms of directions I could take my own research. Inscriptions in languages like Oscan, Umbrian, Venetic and Etruscan are very hard to search electronically, or find images for, because very little work has been done to put them online. At some point, I’d love to put together a project similar to I.Sicily which makes all my data available more widely, and brings the languages of Italy into line with the publication standards of Greek and Latin. It would be a lot of work, but I can see now that it would be do-able (perhaps with a small team to help me). So far, this is just a long-term goal, but many thanks to the EpiDoc team for giving me lots of ideas.

If you want to know more about EpiDoc, check out their website and their online guidelines; there are regular (free) training sessions and workshops to attend, so keep an eye out for one near you soon.