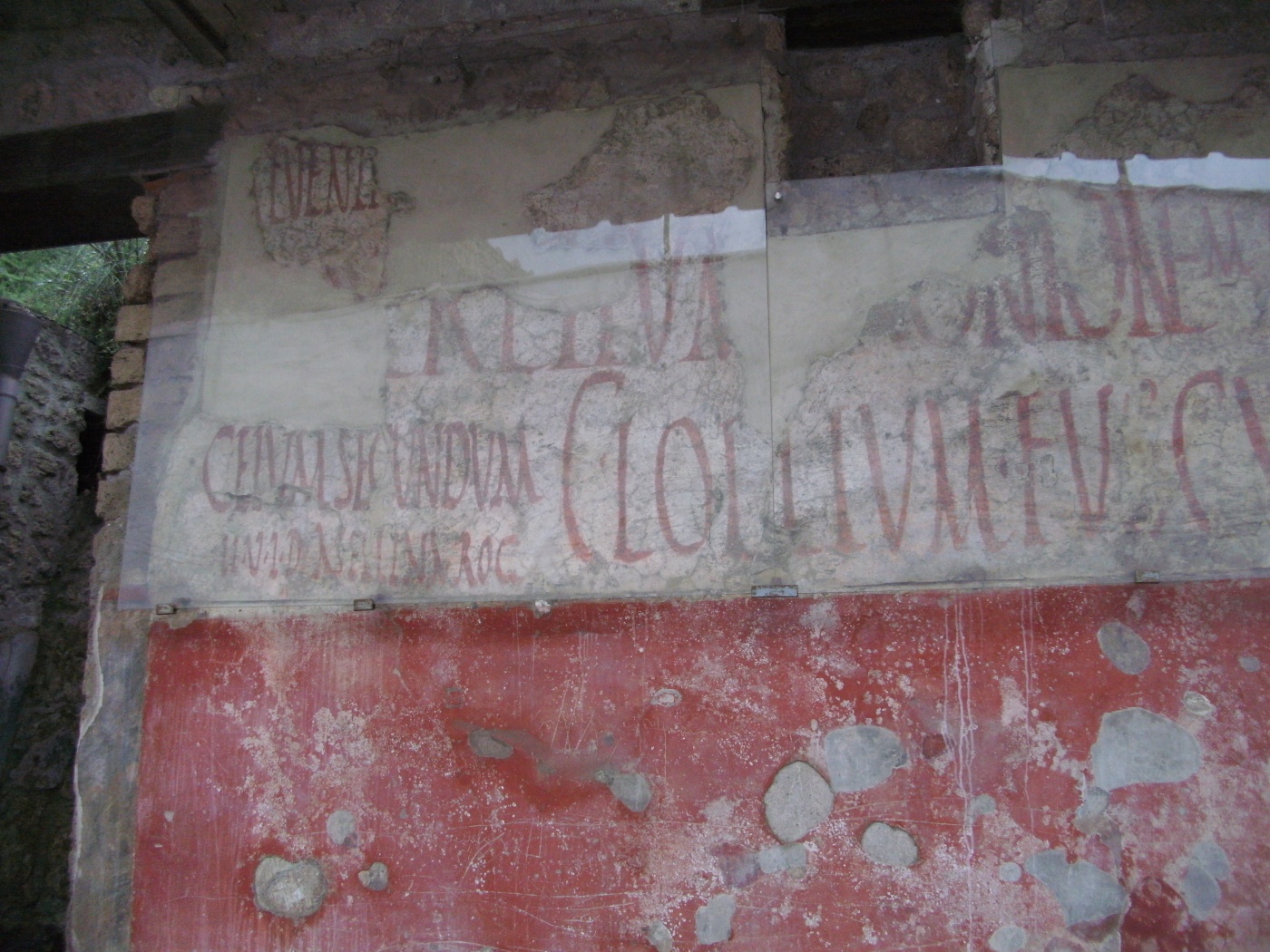 This is the first week of teaching at Exeter, so I’m putting the finishing touches on my first few lectures and seminars of the year. Since both of the undergrad modules AND the MA mini-module I’m teaching this year are all brand new courses that I’m writing and teaching single-handedly, it’s been a busy few weeks. But the shape of the modules is coming together now and I’ve been meaning to write a post to launch each one into the world.

Language in Greek and Roman Society

Language in Society (or Lang in Soc, as it ends up in my notes) is a third-year module covering, in various ways, lots of different aspects ancient linguistics, but with an emphasis on ancient sociolinguistics. You can find the official module description over here. It’s a bit dry maybe (sorry about that), but it gives a fairly good idea of what we’ll be covering. (I also probably should have mentioned somewhere in the module description that I’ve clearly nicked the title from James Clackson’s latest book.) If you’re lucky enough to have a University of Exeter login, you can also view the course materials on ELE (the Exeter Learning Environment) over here. For everyone else, I’m hoping to get some of the materials up as resources on this site soonish.

When I was an undergraduate and I started studying linguistics, I was very struck by the fact that the only texts I was reading that were not produced by a tiny white, male, wealthy elite, most of whom existed in a very narrow chronological and geographical range, were those I read for linguistics. In linguistics, straight away we read incredibly early texts (the earliest Latin ever written!), very late texts (Christian translations! Greek in the Roman empire!), texts from every area of Greece you could think of, texts from Roman Britain and Roman Egypt and pre-Roman Italy, texts by potters and scribes and stone-cutters and WOMEN, for goodness’ sake.

And these texts were “weird”. They were somehow not “Classical”, despite often being from the time and place we think of as “Classical”. They were outside the norms I was being taught elsewhere, and as such were excluded from most discussion of how Latin and Greek should work.

And yet, surely, I thought to myself, these texts were the norm? And by weight of numbers, they were, though they were often not written in what we might call the “standard language”. There were after all many more people reading and writing gravestones than reading and writing the Aeneid, so it can feel artificial to exclude these “non-standard” texts from our idea of what Latin and Greek were really like.

So that’s the inspiration for this course. If we want to  understand how Latin and Greek functioned in society, as languages used by millions of people every day, we need to read texts that were written by people other than that tiny elite male minority. To do that, we need to understand the variation that we find in those texts. And the study of variation in language is known as sociolinguistics.

Why is the course structured as it is?

We won’t be jumping straight into the sociolinguistics side of things. Linguistics, like many other fields, has technical vocabulary and conceptual frameworks that you need to take on board before you can get started. For this course, this means we’re going to start with phonetics and phonology – the sounds of Greek and Latin. If we’re going to study variation – which, among other things, includes variation in how words were pronounced – we need to be able to describe that variation accurately and succinctly. Learning the technical vocabulary of linguistics is the best way to do that.

Similarly, we’re going to talk about morphology (the word endings) and syntax (the order the words go in a sentence), as well as alphabets, literacy and historical linguistics (how languages change over time). All of these are important aspects of understanding how Latin and Greek were used, and being able to express the differences you see in different texts.

The details of the course are still up in the air, partly because with a new module and small group it will be very adaptable to the students’ interests and aims. So I’m really looking forward to meeting the students on this module on Thursday and hearing why they want to learn more about linguistics – if that’s you, see you soon!

One thought on “New Module: Language in Greek and Roman Society”